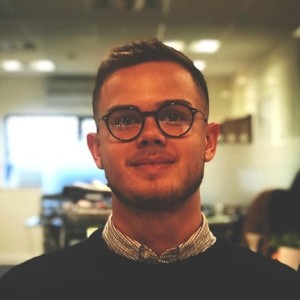 Josh Beattie and Phill Johnston are both Dietitians at the University Hospital North Midlands NHS Trust.

Back in March for Nutrition and Hydration Awareness Week, these guys both took on a challenge to experience exactly what it feels like to have a nasogastric (NG) tube inserted AND to live with it for an entire week nil by mouth.

Things didn’t go to plan for one of them though…

01:05 We spotted something on Twitter with regards to the low number of male dieticians, what can be done to attract more men to the profession?

02:42 #Nutrition&HydrationWeek2020 Josh discusses his challenges (and struggles) with the NG Tube challenge and the experiential learning benefit

04:02 What inspired you guys to take on the NG tube challenge?

06:15 Josh when you started the challenge, what did the insertion of the NG feel like and how did it go?

10:16 Phill you witnessed Josh’s issues with the NG tube challenge why did you decide to step in?

14:10 Phill discusses his article published in the BDA – A Dietetic perspective of Nasogastric Feeding https://www.bda.uk.com/resource/a-dietetic-perspective-of-nasogastric-feeding.html

15:42 So having had the experience is there anything you think should be done or said to patients to prepare them for the initial insertion and the first 24 hours?

17:38 How did it feel having to check your own aspirate before you could feed?

19:29 What would your advice be to patients preparing for an NG now you’ve experienced it yourselves?

23:06 You had the advantage as a dietician that you could adjust your regime as you went through based on your experiences and your monitoring. So what sort of adjustments did you make during the week?

29:49 So having taken this challenge and both of you took it, has that inspired anyone else in the Trust to maybe find something similar and have a go?

REGISTER HERE TO SIGN UP NOW    NGPOD Global, in conjunction with the NNNG, are excited to host the global first look at

https://youtu.be/qDhgwyMg0IM Your host Marcus Ineson is joined by two lawyers from International Law Firm Hill Dickinson to discuss what can happen legally

What is the impact of nasogastric tube misplacement on a family? NG Tube related Never Events continue to occur, but most healthcare

Made by Fly High Media

We use cookies to ensure that we give you the best experience on our website. If you continue to use this site we will assume that you are happy with it.Ok